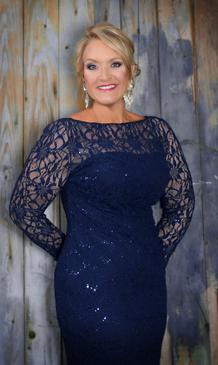 and Mozart have received critical acclaim in several of the world's leading opera houses.

as Gerhilde with the Boston Symphony Orchestra in Act III of  Die Walküre  at​​ the Tanglewood Music Festival, featuring Byrn Terfel as Wotan. With the Toledo Symphony

Ms. Mayer sang "Brünnhilde's Immolation Scene" from Götterdämmerung, as well as the

role of  Brünnhilde in Siegfried.

hailed her performance as a "magical, then dramatic Ada" while the Frankfurter Rundschau extolled her "focused beguiling Ada". The role of Ada in Die Feen represents Ms. Mayer's foray into Wagnerian repertory with the Mainfranken Theater Würzburg in celebration of the theater's 200th Anniversary. Among the distinguished guests in attendance at the gala premiere of Wagner's first and rarely performed opera was the composer's grandson, Wolfgang Wagner.  Of her performance, the Frankfurter Neue Presse exclaimed, "Hochdramatische, Deborah Mayer (Ada) portrayed the Wagnerian role to its fullest. A real Wagnerian!"

Highlights of recent seasons  include the title role in Aida,  and Madame Lidoine in Poulenc's Dialogues of the Carmelites ​with the Eugene Opera,  Donna Anna in Don Giovanni at the Landestheater Salzburg, and Elettra in Idomeneo  with the Mainfranken Theater as part of the Mozart Festival. While at the Mainfranken Theater Würzburg, she has bowed as Abigaille in Nabucco, Donna Anna in Don Giovanni, and Martha Marnis in Limonen aus Sizilien by Manfred Trojahn in a new version of the work, directed by the composer. Ms. Mayer has sung  the role of Leonora in Il Trovatore with the Baltimore Opera, conducted by Christian Badea and opposite tenor Chris Merritt, and Leonora in IlTrovatore with the Syracuse Opera, the title role in Aida at Opera Roanoke and  the title role in Tosca with the Opera Theater of  Connecticut.  Honored as a winner in the Palm Beach Opera Awards, her professional debut came in La Traviata with Palm Beach Opera, conducted Maestro Anton Guadagno, and directed by Tito Cappobianco.

Ms. Mayer's European debut was in Verdi's Messa di Requiem with the Philharmonia Orchestra London at the Chichester Festival.  She was also the soprano soloist in the Verdi’s Messa di Requiem in Würzburg, Germany and  in Beethoven's 9th Symphony with the Würzburg Philharmonic Orchestra under the guidance of Daniel Klajner for a concert commemorating the 60th Anniversary of the end of World War II. She has reprised Beethoven's 9th Symphony at the Astoria Music Festival, and with the South Bend Symphony, and was the soprano soloist in Mendelsohn’s Elijah opposite baritone, Nathan Gunn.  Other  performances include Wagner's Wesendonck Lieder at the Astoria Music Festival, as well as in Seoul, Korea with the Daejeon Philharmonic at the Seoul Arts Center for a concert that was telecast nationally with additional performances in Daejeon.

An accomplished recitalist, she was invited by the Richard Wagner Society of Bayreuth to present a recital in Bayreuth. Germany. She holds the distinction of being the first American awarded a stipendium by this prestigious organization. Ms. Mayer also sang Richard Wagner's Wesendonck Lieder ​in recital for the Richard Wagner Society of Chicago. As a recipient of the American Wagner Association  prize in the Liederkranz  Competition in 2010, she performed in recital at Carnegie Hall  (Weill Hall) . She received her Bachelor of Music, and Master of Music degrees from Indiana University where she studied with world-renowned soprano Virginia Zeani, and her husband, the legendary basso Nicola Rossi-Lemeni.

Ms. Mayer can be heard singing excerpts from Cavalleria Rusticana  in the 2016 film Through the Looking Glass, available on Netflix.